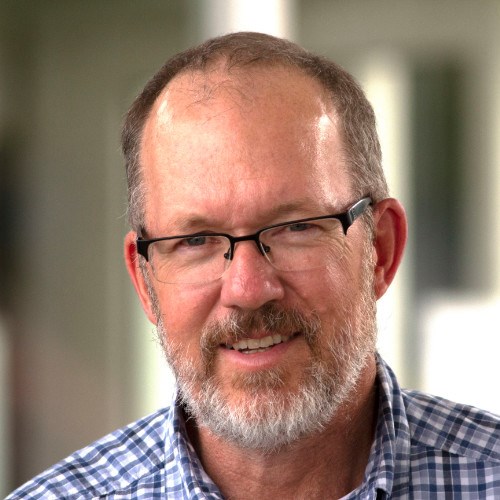 As Vice President of Tearfund USA, Rusty Pritchard is motivated by community-driven progress and positive change.

Based in the UK, Tearfund’s staff takes a three-pronged approach to tackling poverty:

“It’s most exciting to see local people lift themselves out of poverty,” Pritchard said. “Our organization grants ownership of efforts—from ideation through completion—to community members because we believe people who face poverty and disaster-related issues have the best ideas for overcoming them.” That approach also helps Tearfund refrain from the “hero mentality” by directing recognition to the communities that put in the effort.

Tearfund operates in 50 countries around the world, with sister organizations in more than 10 others. The USA branch was launched in the Summer of 2018. Having worked for the nonprofit from his home office since 2012, Pritchard was eager to free himself from the distractions of household chores.

“Having an office at Decatur CoWorks feels like the perfect balance between being able to focus and being part of a community,” he said. However, Pritchard admits that it was really the Scrabble table that sold him.

Originally from the UK, Prichard’s wife, Joanna, works in Decatur for the Task Force for Global Health, a nonprofit focused on solving large-scale health problems affecting vulnerable populations in underserved countries. She works from the top down to tackle the spread and harm caused by tropical disease, while Pritchard focuses on grassroots interventions.

Pritchard's children developed an interest in nature by drawing with their mother, and especially enjoy identifying birds by sight and song. Insisting that "bird" is a verb, the Pritchards spend many hours each weekend “birding” as a family. They also enjoy binge-watching The Crown and classic British sitcoms.