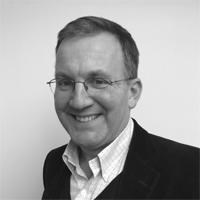 Director, Get the Data

Alan Mackie now calls Atlanta home, but he hails from Edinburgh, Scotland. Six years ago, he set up his business, Get the Data, in London, then officially launched it in Atlanta.

Mackie refers to the type of work he does as “social impact analytics.” Get the Data collects and analyzes information for government and non-profit organizations that want to make a difference in society by tracking issues like criminal justice, homelessness and at-risk youth. Predictive analysis and impact evaluation are used to improve outcomes for these marginalized groups. They provide objectivity by reducing issues to facts for the good of society.

Get the Data also helps immigrants and refugees. In fact, they’ve analyzed data for the International Rescue Committee, examining the impact of resettlement programs for refugees and those displaced by war, persecution and natural disaster.

“Immigrants are not coming to harm us. They come with skills and talents. The U.S. needs a fair system; it shouldn’t be controversial,” said Mackie.

Additionally, Get the Data has worked with Gideon’s Promise, a non-profit organization based in Atlanta that partners with public defender offices around the country to implement best practices in public defense, transforming the culture of the criminal justice system. Mackie looks at the relationship between public defenders and clients to discover what measures can be taken to provide quality and fair legal representation.

Mackie’s legal background first led him to work for the British government’s equivalent of the Department of Justice. After 25 years of policy work, he came to appreciate the role empirical data plays in having an impactful argument.

“When you don’t have data, the people who suffer tend to remain invisible,” he said. “When you start counting things, you put a spotlight on those that are disadvantaged and marginalized.”

Mackie is one of Decatur CoWorks’ original members, having been here since opening night. Prior to moving to the U.S., he looked into coworking in London, but felt skeptical about the concept. However, he has since found that coworking helps him be productive and social.

In his spare time, Mackie enjoys gardening and gradually taming his “wild yard.” He also loves the arts and attends theater, symphony and live music events. He still has a flat in London and visits about four times per year.

Mackie’s ideal collaborators are people who want to make a change. He says, “In the current political climate, the big story always seems so depressing. But everyday, I read about someone who is going against that track. There are still people trying to make the justice system more fair. I think that’s very encouraging.”