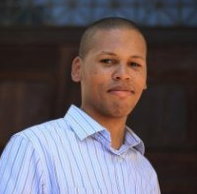 When software developer Karl Falconer started a side project as a learning exercise, he did not expect it to turn into a viable business. Once Falconer realized that his side project, Dropstream, had the potential to be a profitable business with a full-time commitment, He chose to leave his job to pursue Dropstream.

Dropstream is an integration platform for online retailers working with third party logistics companies. After six years of development, Dropstream is now used by the industry’s leading third party logistics companies to manage e-commerce transactions. Falconer’s advice for entrepreneurs just getting started is to have a purpose for everything that they do because time is precious. Also, plan for every step to take much longer than expected.

“I started out as a single founder working out of my home. Now that I’m at Decatur CoWorks my mentality has changed. I take things more seriously than I would working from home. Dropstream became more real, especially now that I have someone here working with me,” said Falconer. “Decatur CoWorks has even created an illusion of work-life-balance.”

Falconer earned his B.S. in computer science from Virginia Tech. An Atlanta resident since 2008, Falconer is an avid cycler and enjoys spending time with his daughter.